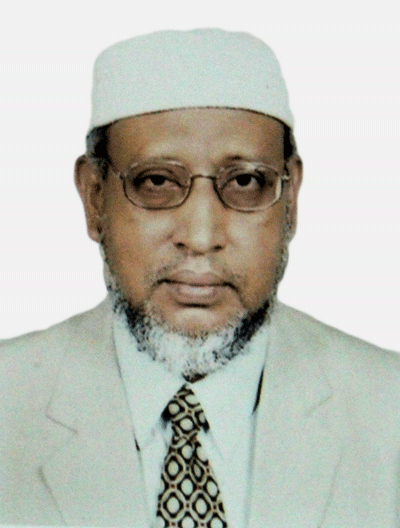 Vice-Chancellor of the University

He had his early education at St. Gregory's High School, Notre Dame College. He obtained the B.Sc. (Engg.) Hons., Mech., Degree from Bangladesh University of Engineering & Technology, (Session 1971) and Ph.D. from University of Bradford, United Kingdom in 1977. He was a UNIDO fellow based at Loughborough University of Technology from 1979-80 and was involved for formulating Training Program for engineers of Bangladesh in the field of Plastics Processing.

He was Vice-Chancellor (04.01.2003 to 31.03.2008) of Islamic University of Technology (IUT), a subsidiary organ of the Organization of the Islamic Cooperation (OIC), with Headquarters in Jeddah and Professor of Mechanical Engineering, BUET.

He has acted as Consultant to a large number of national and international agencies.

Academic and others responsibilities: