AUST CSE Cricket League Fall 2019, organized by AUST CSE Society, powered by Return 38 and co-powered by Integer 43, took place from February 16 to February 23, 2020. Head of AUST CSE Department, Professor Dr. Kazi A Kalpoma along with other faculty members were present on the opening day of the tournament. Total 16 teams, one boys’ team and one girls’ team from the each semester, were participated in the tournament. Return 38 and Prototype 39 secured Champion and Runners up respectively in boys’ category, and in girls’ category Prototype 39 and Return 38 secured Champion and Runners up respectively. The total event took place in the BG Press Playground. 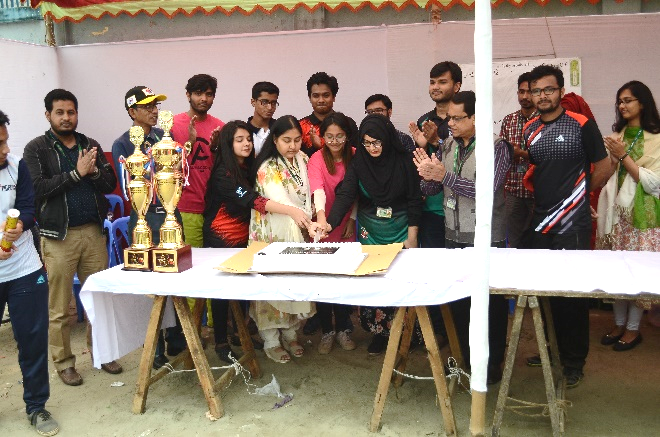 Another related competition that included the decoration of the department was won by the batch Alphaoders 44. The prize giving ceremony was held on 23rd February, right after the final matches. Treasurer of the CSE society Md Khairul Hasan , Co-opt members of the CSE Society Tanvir Ahmed ,Md Aminur Rahman  and other respected faculty members, were present to make the event even more joyful and with the happy notes by the faculty members, ended the tournament. Student and faculty of the department decided that the champion trophy will be awarded to the winners’ team every year like world cup.