Ahsanullah University of Science and Technology Debating Club has recently organized one of the famous events of the university named as "3rd AUST-DC Intra University Debate Championship - 2017". This was held from 4 to 6 July, 2017 at AUST premises. For the first time a segment named "Public Speaking" was held and it reflects huge response. Another segment was "Bangla Parliamentary Debate". Both freshers and regular debaters of the club performed in this segment. Around 20 debaters in Public Speaking and 7 teams (three members in each team) in Bangla Parliamentary debate were performed. Regarding "Public Speaking" segment the club has found one Winner and one Runner-up. It is to be mentioned that winner of the "Public Speaking" segment was none other than a very newly fresher which brings positive aspects among the new debaters.

Here are some Images of the event: 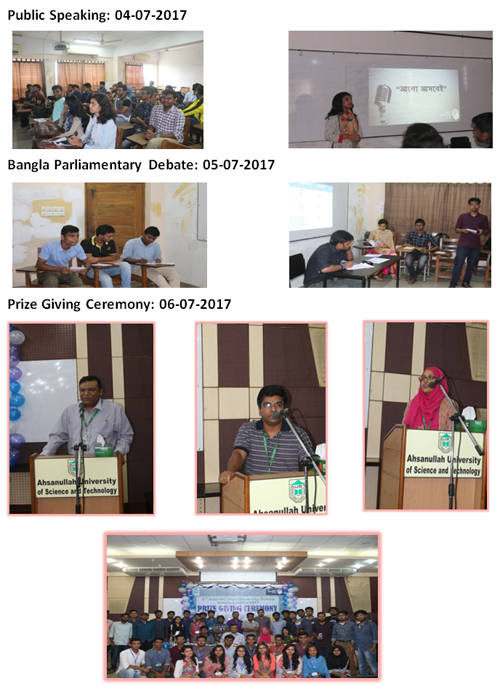 This is how AUST-DC has successfully organized its third addition of Intra university Debate championship-2017.