The Ahsanullah University of Science and Technology had its First Convocation on the 22nd April, 2002 at the Osmani Memorial Hall, Dhaka. Holding a Convocation is a traditional activity of a university. But it is more than a ritual and is an auspicious and happy occasion for the graduating students. It certainly has a special significance in the life of the graduating students and the university itself. This august gathering is a recognition of productivity of the University.

In his speech the then Honourable President Professor A Q M Badruddoza Chowdhury stressed on quality education, proper environment, a teaching staff of excellence, moral values and discipline. He further said that it is the responsibility of the University authority to see that the students are groomed up with latest knowledge, strong character and uncompromising patriotism. They must learn to hate violence and corruption and work with a vision to help themselves, their families and the country. He also highlighted on the necessity of learning English. He suggested to establish a language-learning Laboratory.

Mr. Kazi Fazlur Rahman, Chairman of the Syndicate advised the graduates that they should play a pioneering role in dealing with moral, ethical, cultural, social and economic issues as their education had equipped them with the required tools to undertake this task so that their family, the nation and the entire humanity could benefit from their contribution.

Professor Wahiduddin Ahmad, advising the graduates, mentioned that the professional life was hard, complex and full of struggle. They would face a harder competition in wide premises of reality, yet they are to succeed. Their success would be an example to the fellow students of Ahsanullah University of Science and Technology. So the graduates should dedicate themselves to beat the concrete reality of life.

Dr. M. H. Khan, Vice-Chancellor, told that the expansion in technical education sector for the last 18 years in Bangladesh had been sluggish.  Considering this context and the global competition private universities have a significant complementary role to play in higher education. He mentioned that the quality of students going for higher education in the technical  field should have a minimum standard considering the present condition of Secondary and Higher Secondary education. Moreover, advising the students, he said that in future they would have to apply their wisdom and judgment along with their knowledge honestly for the welfare of the country. He further said that in this global and free economy wherever they would be, they could always play an important role in the development of their country's economy.

Mr. Kazi Rafiqul Alam, Executive Director, Dhaka Ahsania Mission, said to the proud graduates that they had succeeded in achieving the degree through their undaunted zeal and untiring academic work. They would be the dedicated and innovative professionals who would take this country to a height that would be free from underdevelopment, hunger and poverty. He hoped that they would prove themselves worthy in future. 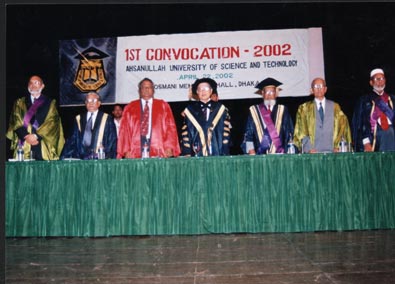 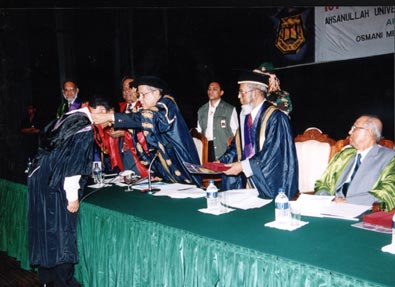 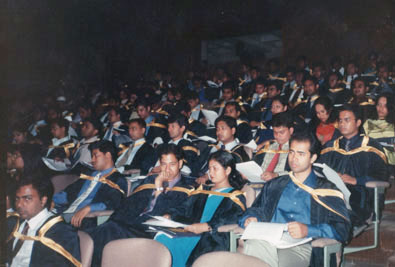 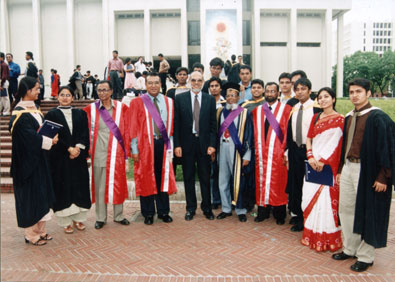